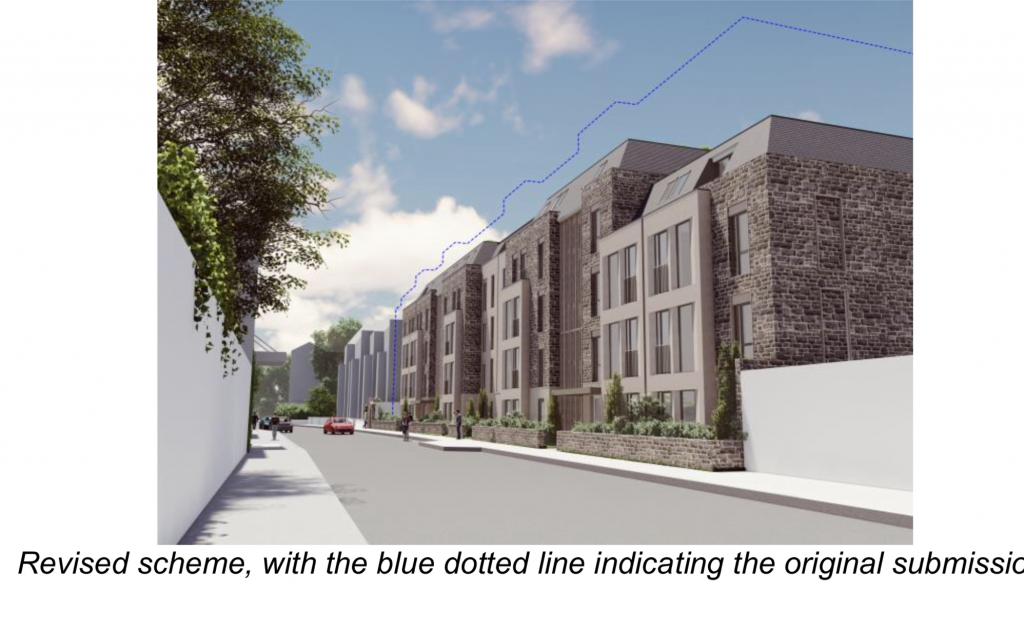 The Clifton Conservation Area is special - even though it was not built to an overall master plan but rather developed as various fields and farms became available. At any one period, however, there was great consistency of design within each sub-area.

For the purposes of the National Planning Policy Framework the entire site of the Bristol Zoological Gardens, including the ‘car park’, should be considered to be a Park. The Bristol Tree Forum have objected to the proposals agreeing that ‘this car park is an integral part of the Bristol Zoo Gardens’. It sits within the setting of 8 listed buildings, including the houses facing onto Clifton Down. In 1999 the land to the rear of 4 of these (Avonbank, Cliftonbank, Sutton House and Auburn House) was in use by the Bristol Zoological Gardens for horticultural and other ancillary uses. The NPPF explicitly excludes from its definition of previously developed land ‘land that is or has been occupied by agricultural or forestry buildings’. It is therefore not legally possible, contrary to the Applicant’s assertion, to regard the Application site as previously developed land. The Application is for high density housing, comprising 55 flats and 7 houses, 62 units in total, with just 45 car parking spaces. Assuming car ownership at 1.75 cars per household, some additional 60 vehicles would need to be parked on our local streets.

A five storey block of flats is proposed to face onto College Road directly opposite the Clifton Pavilion. Although most houses in this suburban part of Clifton have ample landscaped front gardens, this building is set back only between 0.7m and 1.4m from the pavement. The eaves of the roof are some 3m higher than the parapet level of the adjoining houses. Although the architecture here is neo-classical and gothic with painted stucco, the architects have opted to ‘reflect’ the very much later rubble stone vernacular found in other parts of Hotwells and Bristol. When compared with the scale and density of the existing housing in this part of the Conservation Area, the same area of land would have originally been developed with about 7 detached or semi- detached villas capable of conversion into a maximum of 28 flats. All car parking could have been provided within the curtilage and not on the street. By this measure, the density of the proposed development is some 130% greater than the historic fabric of this part of the Clifton Conservation Area. Such high urban densities are probably not found in any other part of Bristol, let alone Clifton.

As a direct consequence, the proposal utterly fails to preserve the character of the Conservation Area as required by Planning Policy and by Planning Law. The elegant garden city character would be irreparably harmed. The open vista that extends over the College playing fields from Canynge Road and College Fields towards the trees on Clifton Down would be extinguished.

In addition to the incongruous layout and form of the development, the architectural language is completely alien and inappropriate. The architects have chosen not to follow the exemplar of a number of successful new buildings in Clifton including the nearby houses at 46 and 48 Canynge Road, Boyces Buildings and the facsimile terraced house at 25 Pembroke Road. Neither have they created a truly excellent work of modern architecture as at St George’s, Park Street. Instead, the pastiche scheme fails to work at any level except possibly commercial. The ‘affordable’ housing element comprises one block of 14 flats. These units are designed to absolute minimum floor areas, and the ground floor flats all face directly onto a road without any form of private open space.

Many Clifton residents will know that Sir John Betjeman considered that Clifton was the finest ‘suburb’ in England, although he did take to task one major carbuncle - the Queens Road flats. Unfortunately there have been a number since then, including the University Union, Harley Court and Somerset House. Local residents, with the help of CHIS, successfully opposed a series of development proposals for the site of Clifton College’s former Squash Courts and Rifle Range. We also successfully opposed the inappropriate redevelopment of Somerset House, the Bridge Visitors’ Centre, development proposals in the Mall, on Sion Hill and the first Application for the WH Smith site. But it is not easy to oppose Planning Applications because the Council wish to avoid the costs of Planning Appeals. The local community needs to care and come together to protect its Conservation Area.

email : development.management@bristol.gov.uk Mention the Application number, and provide your name and address.